Ransomware: Prevention is the best solution

What is it and what does it do?

Ransomware is malicious software that denies you access to your computer or files until you pay a ransom.
There are several types of ransomware that are commonly seen: 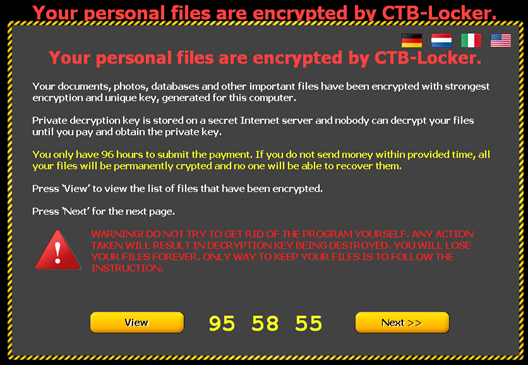 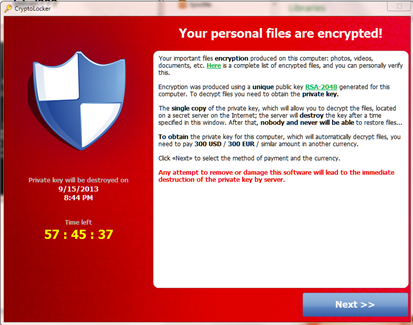 –This version presents a full screen image that blocks all other windows and demands payment.  No personal files are encrypted. 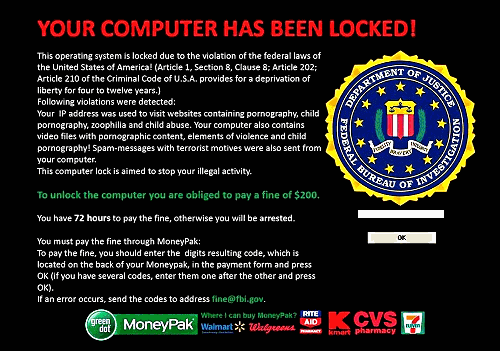 The modern ransomware use asymmetric encryption  which requires both a public and private key. The public key is used to encrypt and verify data, while private key is used for decryption, each the inverse of the other.

The bad news is decryption is impossible unless a user has the private key stored on the cybercriminals’ server.

Some versions of known ransomware use symmetric encryption. This means one private key for all infected customers.

The good news is that several AV companies got the private keys by capturing the servers used by the ransomware CoinVault and Bitcryptor.

They are giving decryption programs for free.

How do they spread? 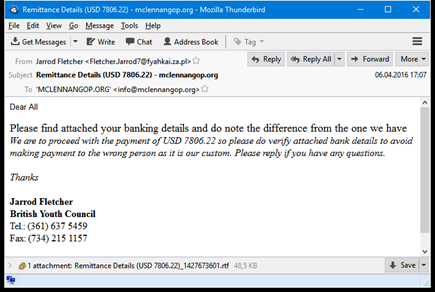 What is happening once you open?

You get instructions to activate macros if they are not active by default: 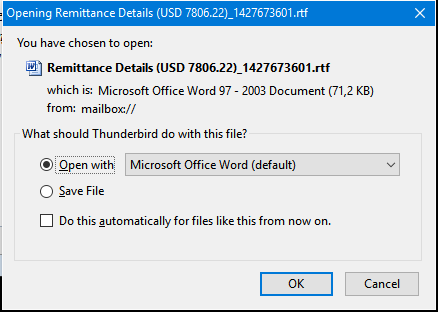 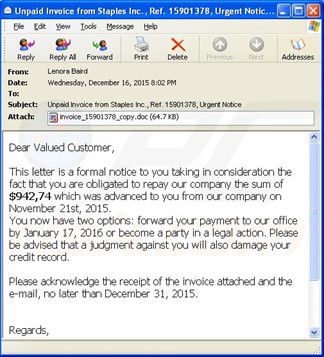 The ransomware requests between 0.1 – 3 Bitcoins. 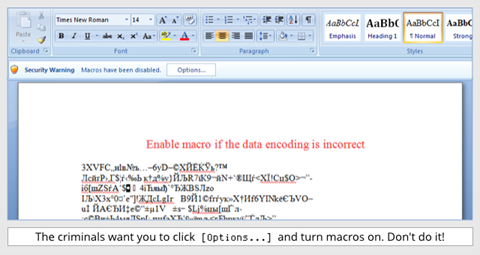 What can we do against them?

First of all: create awareness so that users don’t infect themselves

–Deal with Macros  – deactivate them entirely (via policies)!

–Deactivate execution of files from special folders (via policies)

Detection Protection: cybercriminals test their malware against many scanners to make sure that their files are not detected. We need to have a way of avoiding this.

The only automatic solution is to add

– Cloud based detection: this is complicated to achieve when we talk about Office Documents because of privacy reasons

– Heuristic and Generic Detection: ability to detect samples based on their format and on their actions, instead on their fingerprint

Tips to protect yourself

Most of the time, you don’t need to install of change things on your computer. A regular user is more than enough.

No comments. See the above picture

Not everybody needs access everywhere. Create network areas in such a way that people get access to only what they need.

Many ransomware versions exploit vulnerabilities in common software like Adobe Reader, Flash, Java. Keep only the software you need and keep it up to date. Do the same with the firmware of the devices like printers, scanners, etc.

Let your operating system update itself!

Last, but not least:

What to do if you clicked

There is, unfortunately, not much you can do. Just reduce and restrict damage.

If you clicked, shutdown your computer immediately by removing the power cord. If you shutdown from the button or using the operating system’s command, it will trigger a slow and safe shutdown process. This might be sometimes not enough.

After that, boot in safe mode without networking and run a full system scan. Chances are that the malware didn’t encrypt all your files if you were fast. Let the antivirus do its job and clean up the malware. Only after that boot the system normally.

If you have a backup then restore the files from there.

Think about Dropbox and alike. They keep several versions of the files and even if the malware encrypted the latest version and Dropbox synchronized it already, you can still revert to last known good version.